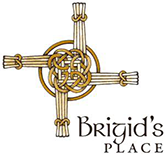 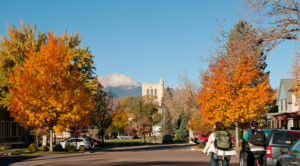 I arrived at college with an abundance of belongings for my rather quaint single college dorm room, but to my parents credit we crammed all those precious items into that space. I loved my blow up blue and silver couch. The first few months being over 1,500 miles away from home, alone, and for the first time outside of my safe, Christian bubble were traumatic. I did not know at the time that I was “sheltered,” but indeed that would be a good term for my state of being in spite of my valuable travel experiences. After all, I had journeyed to France at the young age of 14 years old on my own for six weeks for a summer exchange; I had been on a mission trip to Siberia, and I had traveled all over the continental United States. Yet, somehow, when I got to college I felt the sting of being young and naïve in a very profound way.

Looking back I think it was a natural feeling, but during those first few months it seemed almost unbearable. For the first time since third grade I was at educational institution that was non-Christian. During freshman orientation the student council flung condoms at the student body and told us to “be safe.” I had never even dated anyone. If anything, I was a secret member of the “true love waits” club. So, my nerves were a bit undone by some of my first college experiences.*

Then one night a knock came on my dorm room door, a very nice looking couple were giving out brownies. They were on staff with Intervarsity Christian Fellowship and invited me to a Bible study in my building. Those might have been the best brownies I ever received! I longed for a community of believers and friends who wanted to join in fellowship to worship God together. I longed for a place that felt like home.

When I arrived, there was a small group assembled and Nicole was making tea. I would later learn that Nicole always made tea, all the time and for everyone. Her smile radiated warmth and she embraced me immediately with the kind of hug that made me feel like I was already a part of her family. I want to borrow a word from my Jewish friends, and I hope they will pardon me if I do not fully grasp its entire meaning. The word is Shekinah and its semitic root means to inhabit or dwell. The word is found in rabbinical writings to refer to the dwelling of the Divine Presence. If I have ever met anyone in my life who embodies the indwelling of God it is Nicole Gorsuch (Gillin).

There are those who find their spirituality most powerfully in nature, others in liturgy, some in the study of scripture, others in worship and song, and perhaps the most wise of us all, in silence. While I find great lessons and connection to God in all of these places, I have learned that my greatest connection to the Divine and learning about God comes in relationship with others. I am first and foremost an incarnational believer and theologian. Perhaps that is why I found the concept of Women of Real Beauty so powerful because I long to see God manifested in someone I can feel, touch, hug, laugh with, love, and together envision a better world. I need legs, arms, and feet on my God. I love silence; in fact I crave it. But, I could never be a hermit. I did not get the hermit gene; I got the hyper-relational gene. So, when I met Nicole and discovered a woman where the spirit of God dwelled my first year in school, so far from home, I knew I had found the Divine Feminine.

I would have never said those words (the Divine Feminine). I would not even have known what those words meant at that point of my spiritual journey. All I knew was Nicole had this amazing capacity for loving, mothering, friendship, listening, and making me feel safe. She gave me the gift of unconditional love in a way that I did not even know I needed during my four years of college. She was and is a woman of deep wisdom, but even more one of holy presence–Shekinah.

Nicole forever changed my life as a person, not only because of her friendship, but also because of what she showed me about the heart of God. I met God in a whole new way through knowing her. She continues to be an amazing presence in my life although we do not get to see each other very often now. She is a beautiful mother, dancer, missionary, and lover of God.

Who has changed you? Who has shown you the Divine Feminine in your life? Who is a Woman of Real Beauty that has changed how you know God, yourself, or the world? And perhaps the best question of all, how can we be that woman for someone else?

*For the record I would advocate a much more moderate approach to sex education and relationships. I would also like to say that I loved Colorado Colleg
e and had an amazing overall experience at the school. I would highly recommendit to anyone seeking a quality liberal arts education. My comments are in no way meant to disrespect the administration, students, or faculty for whom I have a great deal of respect. 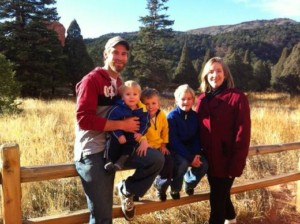 rre joined Brigid’s Place as the Executive Director on August 1, 2014. She is a third generation Houstonian. Lauren is a graduate of Colorado College and Gordon-Conwell Theological Seminary where she read so many books about God she had to “rethink” her own theology quite a few times. She loves to pray and talk about God, but she is most passionate about trying to love people well! She is blessed to have many parents, two sisters, a cheering squad of friends, and a near saint-like fiancé named Randy. One day Lauren would like to have a Cavalier Ki
ng Charles named Winston.